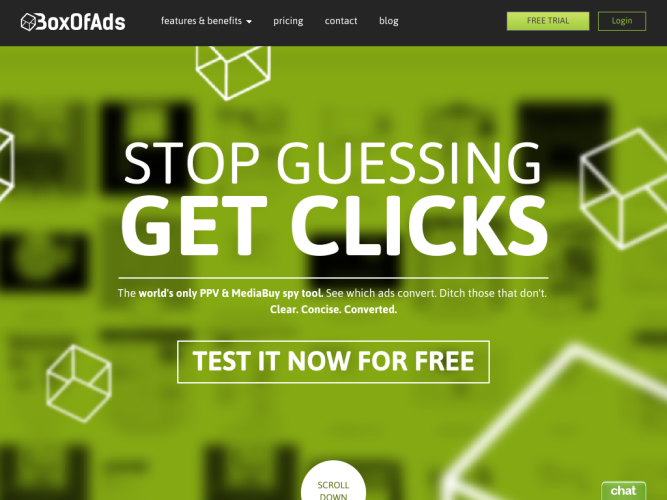 We have been monitoring mobile data for the Polish market for three weeks. Over time, our mobile campaign base will grow.

For mobile ads in BoxOfAds we can see data such as. A list of „networks”, or advertising networks used to publish the ad. List of „publishers”, i.e. ad publishers. Landing pages, i.e. which landing pages a user is directed to after clicking on an advertisement. You can track whether companies use dedicated landing pages for mobile users. What messages and call-to-actions are used on landing pages.

BoxOfAds also monitors advertising creative, i.e. banners and text ads, as well as the countries to which the ads are targeted. The dashboard also provides information such as when the ad was first seen, when the ad was last seen, how many times the ad was seen. 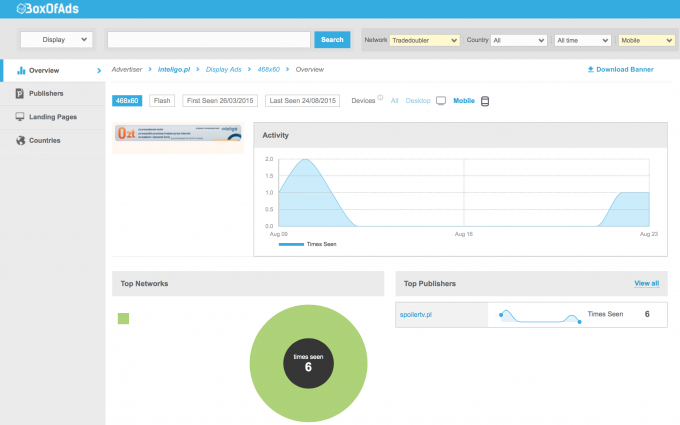 Analyzing this information, we can find out what the advertiser’s overall strategy is. Let’s take inteligo as an example.pl, an online bank account operated by PKO Bank Polski. Looking at the overall data in BoxOfAds, we see that inteligo.pl targets its ads to young people, often teenagers. This can be seen in the selection of publishers. Inteligo.pl directs ads to services for young people such as, teenager.net, or spoiler.tv. It can also be seen in the creation of the banner, which reads „Do what you like – like Maria Peszek. Finanse powierz Inteligo”. This is a message that a young person in Poland will easily identify with.

BoxOfAds behaves like a user walking around the internet. When an ad is encountered, it saves information about the ad creative, place of publication, ad network used, and landing page. If BoxOfAds, walking on the internet, comes across the same ad again, it adds this data and shows us that this ad has been seen many times.

Who BoxOfAds can be useful for

Using BoxOfAds, online ad professionals can easily and quickly track the actions of their competitors. Thanks to this information, they better optimize their campaigns and acquire new traffic sources. Additionally, BoxOfAds can be used as a tool to audit your own advertising campaigns.